I remember how uncomfortable and downright ornery I’d get at times as a new mother. Despite talking with actual parents of actual babies for guidance before our firstborn arrived, I expected a newborn who would sleep all night (nope, for both our kids). I expected to feel confident as a new mom – you know, that mothering would come naturally for me (yeah, right).

But, our sweet, little angel taught me that there’s the Theoretical Baby, and the Actual Baby. And they’re definitely not the same. END_OF_DOCUMENT_TOKEN_TO_BE_REPLACED

While I’m 99.9% positive I’ll never be the earth angel my mom was, I do carry a lot of her in me. For as long as I can recall, my dad has often said, “Karin is like her mother. She can lay you out and tell you about yourself, while making you feel good in the process.”  And it’s true: Of everything Mom gave me, I seemed to especially inherit her Sugar Tongue. END_OF_DOCUMENT_TOKEN_TO_BE_REPLACED

I can be such a busybody.

Like so many women, I’m a multi-tasker who wears many life hats. Wife. Mom. Daughter-caregiver. Wage earner. Friend. My life is organized across 9 color-coded calendars, and to-do lists are my constant companions. Even as I check off items, I realize the lists aren’t actually going anywhere. They’re like squatters – perhaps shifting position and moving around a bit, but always there. Always hanging around. END_OF_DOCUMENT_TOKEN_TO_BE_REPLACED

This is not what I planned to write and post this month.

I write about stretching and growing our minds and spirits. And my latest post – that kind of blog post – is sitting in my Drafts folder in WordPress, waiting for me to hit the Publish button.

But that draft feels irrelevant today. North Carolina’s Governor has declared a State of Emergency in Charlotte, North Carolina, my home for almost 20 years. So, I must write this post instead.

END_OF_DOCUMENT_TOKEN_TO_BE_REPLACED 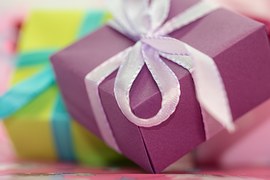 Ever notice how life has a funny way of repeating lessons we most need to learn? We think we’ve mastered an annoying habit that’s plagued us for years, that we’re waaaaay down the road on finally conquering it, once and for all. Then life jumps out and yells, “Surprise!” – and the same habit taunts us, telling us we still have miles to go. END_OF_DOCUMENT_TOKEN_TO_BE_REPLACED

My dad is, as one of my aunts calls it, a tough little knot. A real tough cookie.

At 85 years young, his resilience and sense of humor are fully intact. He wakes up each day happy as a clam. And that’s despite being a reluctant widower; dementia creeping its way in; and painful arthritis in a bad knee joint. END_OF_DOCUMENT_TOKEN_TO_BE_REPLACED

My mom was an earth angel. Her warm spirit made others feel they were her most favorite people in the world. Everyone loved her. The only people who waffled were the women who wanted to marry my dad. Because he’s an earth angel, too. END_OF_DOCUMENT_TOKEN_TO_BE_REPLACED 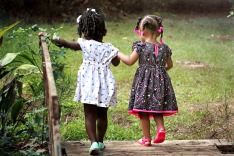 Before becoming a freelance editor, I worked in grant development for over 15 years at our school district. I was a nonprofit girl previously, a child advocate on an altruistic, fight-the-power perch. I’d never navigated a government bureaucracy from the inside. I honestly thought I’d do the new job for 2, maybe 3, years tops.

I actually told my manager that very thing. Wet behind the ears, I declared, “Mrs. Newman (I hadn’t started calling her Carol yet), I’ll probably be here only a couple of years. I’m a nonprofit girl. You know, working from the outside?”

And Carol – who quickly became my true friend and mentor – smiled and simply replied, “We’ll see, my dear. We’ll see.”

Almost 9 years later, I was still working with Carol.

END_OF_DOCUMENT_TOKEN_TO_BE_REPLACED

Granny Sykes was a hoot.

Born in 1905 in North Carolina, Effie Burt moved to Virginia as a young woman. She met and married my grandfather, David Sykes. Some years after he died, Granny Sykes moved in with our family when I was about 13 years old. My parents cared for her until she passed away at age 96 after a brief illness, the day before my 31st birthday.

Granny Sykes was strong physically and cognitively. Read her Bible daily. Made the best bread rolls in the world. Completely unafraid of snakes, yet she jumped when she saw a frog on the ground. Said with her Southern touch, “Toady frogs can jump on you. A snake cain’t do that.” She’d actually chase down snakes. Even nabbed one that ventured to our front doorstep one summer morning. She was about 80 years old at the time. And the snake was longer than our garden hoe. END_OF_DOCUMENT_TOKEN_TO_BE_REPLACED

If you care for a loved one with cognitive decline or dementia, feel free to raise your banner and sing the anthem of this blog post with me.

At least 2-4 times each week, I find myself wiggling in my seat. Not literally, mind you. But wiggling, nonetheless – in my mind, in my heart. I wiggle in the moments that my dad’s cognitive decline takes over and runs with scissors at full speed – and the result is some outlandish, offensive, yet sometimes also funny comments he makes to strangers and new people in our lives. Think nurses, doctors, the little lady in the grocery store line. END_OF_DOCUMENT_TOKEN_TO_BE_REPLACED